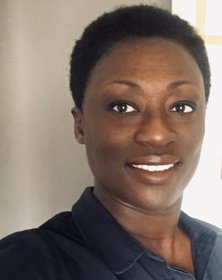 A unique talent bursting with fresh ideas Afia is an alumna of Edinburgh TV Festival’s Ones To Watch scheme. Her recent credits includes Call The Midwife (BBC) and Coronation Street (ITV) directing both shows during the pandemic. Afia has developed and directed a pilot for new TV series A place Of Safety, starring Harris Dickinson, Marama Corlett and Lily Newmark.

An M.A Graduate of The London Film School, Afia has written and directed several short films that have screened at national and international film festivals including Shadow Man funded by film London. As writer/director Afia is currently developing several feature projects for film and TV. Afia is repped by Independent Talent. 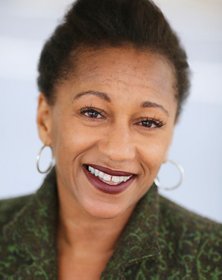 Clare Perkins is currently filming The Wheel Of Life (Amazon Studios/Sony Pictures). Clare recently played the titular Emilia at The Gilgud Theatre and in Sweat at the Vaudville theatre in London's West End.

Clare trained at Rose Bruford college of speech and drama leaving to work at the Watford Palace theatre. In the last 28 years, Clare has been in productions at the Donmar warehouse, The RNT, The Globe theatre, Young Vic and Royal court theatres.

In her film career, Clare has collaborated with Ken Loach, Saul Dibb and Mike Leigh. Clare was part of the award winning cast of Pig Heart Boy, which won a BAFTA for best children’s drama. In Television Clare played the role of Ava Hartman in Eastenders (BBC) and Denise Boulter in Family affairs (Channel 5).

Clare has played the role of Mel in the BBC world service radio soap opera West Way for seven years. Clare has been in many radio plays, the latest being Carnival and miss you still on BBC Radio 4. Repped by Alexander Cooke at Hamilton Hodell. 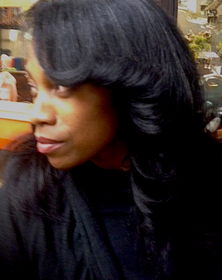 An award winning ex BBC promo and short film director and writer based in London. With a restless mind, eager to stretch the boundaries of what television and film can be capable of - focusing on stories that highlight the complexities of being black in Britain.   Avril Evans spent 7 years at the BBC as a Promo Director, at the centre of production, taking high profile campaigns from script to screen. During this time, Avril won European Business Award for Innovation for the CBBC rebrand -“Beats” and a recipient of Promax UK and US awards for CBeebies campaign - “Born to Boogie”.

An alumni of the Berlinale Talent Campus, her drama debut, LIPSERVICE won BEST short at the Images of Black Women Film Festival. Driven by her passion to tell global stories with an unflinching point of view and a dose of Afro Noir,  Avril wrote and directed short films commissioned by The Arts Council/Barbican and Eastenders:E20.  Others screened at national and international film festivals, including PLAYGROUND (London Film Festival) supported by Film London and awarded Best Short Film at the Urban Media Makers USA and FAMOUS LAST WORDS (Berlinale) funded by ZDF/Arte.

Are you a talented freelancer who would like to be added to our "go to" list? Do you have a great script you would like to see made into a film or TV show?

Are you a student or someone wanting to start in the film and TV industry and looking for a placement on a production?  Answer YES to any of the above? Drop us a line!